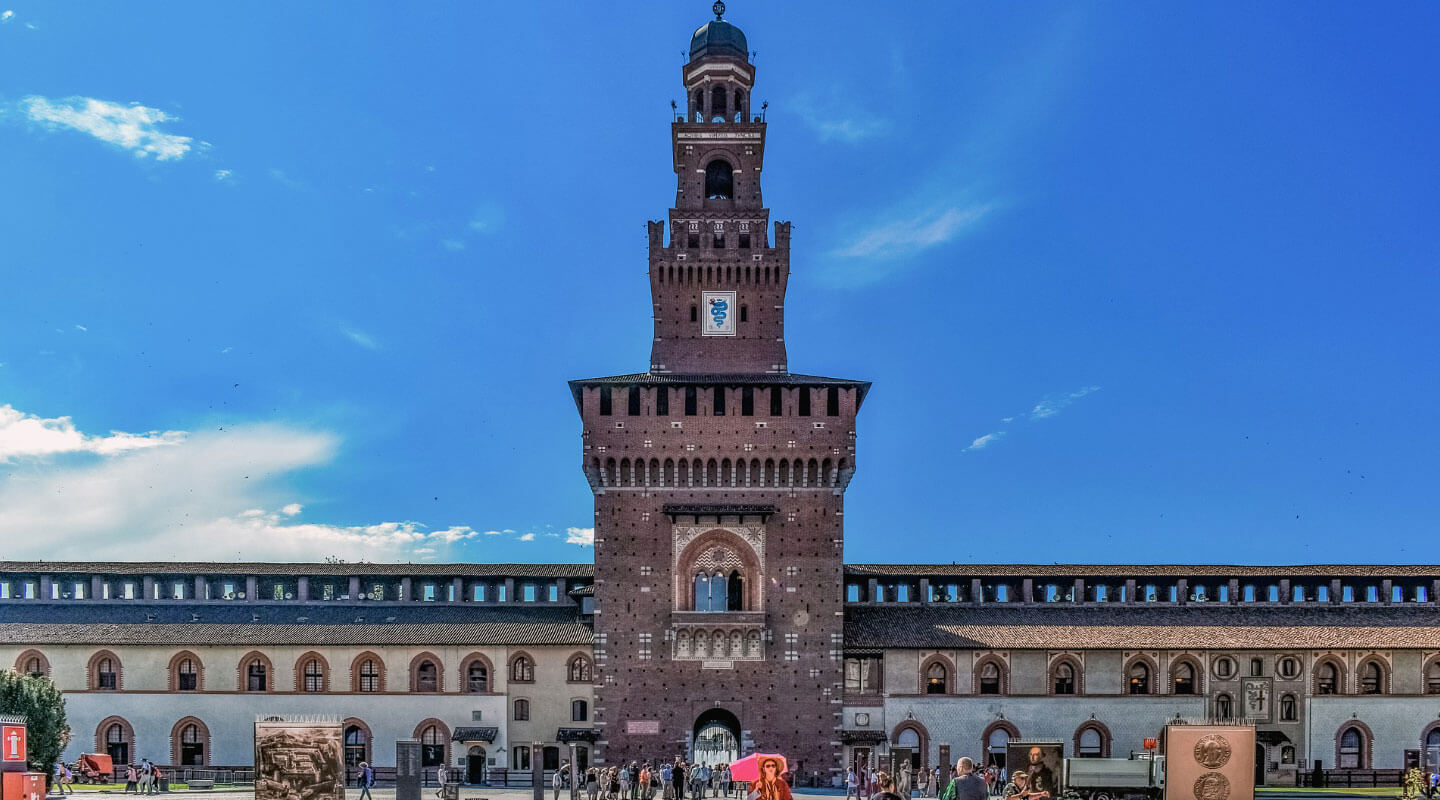 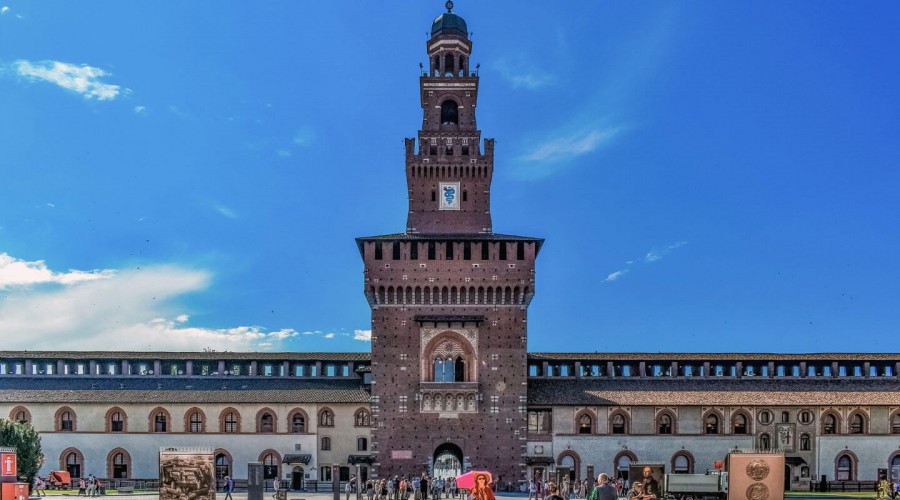 Parco Sempione - a green lung in the centre of Milan - is also strategic for planning a city visit. It constitutes a gateway to the centre, through the Castello, and to other places of interest that are well worth visiting: from the Arena Civica to the Arco della Pace, the Triennale and the Torre Branca. It is also an advantageous starting point for a stroll through Chinatown.

Grandiose symbol of Sforza’s Milan, the Castello is the city’s most important defensive monument. The first nucleus, built by Galeazzo II Visconti between 1358 and 1368, was a defence fortification of the medieval Porta Giovia. Extended between the fourteenth and fifteenth centuries, it was rebuilt with a quadrangular shape and four towers at the behest of Francesco Sforza (1450-66).

After his death it was transformed into a sumptuous palace. The most important artists of the time, including Leonardo and Bramante, left their marks on the most characteristic areas - the Piazza d’armi, the Corte ducale with the Portico dell’Elefante, the Rocchetta and the Ponticella.

The Castello, however, is not only a testimony of the past but also a cultural centre as it hosts the Milanese civic museums. Then, on December 7th each year, the area is packed with the stalls for the "Oh bej! Oh Bej!" market that marks the anniversary of S. Ambrogio, the city’s patron saint.

The park covers an area of approximately 40 acres along the route that, from the Duomo, leads to the Passo del Sempione through the Arco della Pace. Construction started in 1890 and it was designed by Emilio Alemagna to locate the pavilions of the 1906 International Expo and is now Milan’s park par excellence, much frequented by sports enthusiasts and families, especially on weekends.

However, it is not only the green lung of the city but also a place that narrates the history of Milan's past. For example, the Ponte delle Sirenette is the bridge named after the four statues that characterize it. Constructed in the Dongo ironworks in 1842, it is believed to be the first metal bridge built in Italy and was positioned on what is now via Visconti di Modrone after the city’s ring of canals was covered. Another interesting story is that of the “acqua marcia”, the fountain which in olden times was considered a panacea for health thanks to its high sulphur content.

By climbing the Torre Branca (108.60 m high), commissioned in 1932 by the municipality of Milan, visitors can get an amazing view of the city. The tower was designed by Gio Ponti and assembled in just two and a half months to inaugurate the fifth Triennial (1933).

Another attraction located in the park is the Civic Aquarium, the only building left of those specifically constructed for the International Expo in 1906. After the restoration, completed in 2006, the interior space was designed to comprise didactic exhibition and research areas with numerous pools of fresh and marine water containing more than a hundred species of aquatic organisms.

Last but not least, the park is also home to a rather special public library: it was awarded the Medaglia d'Oro at the tenth Trienniale in 1954 for its splendid architecture.

Exiting Sempione Park in a north-westerly direction, visitors come face to face with one of the most important neoclassical monuments of the city: the Arco della Pace, built in 1807 and designed by Luigi Cagnola.

Together with two toll gates it represents the place where the strada del Sempione entered Milan and was built in the Napoleonic era to connect Milan and Paris: the current Corso Sempione initiates from here. From an urban point of view the construction of the first section dates from the late nineteenth-early twentieth century and is now a prestigious residential area.

In recent years, the area in the immediate vicinity of the Arco della Pace has become an important centre of nightlife in Milan with an appealing selection of dining options. Another place of interest close by is the Arena Civica - designed by Luigi Canonica and built in 1806 with materials from the demolition of the Castello’s fortifications - which hosts concerts and cultural and sporting events.